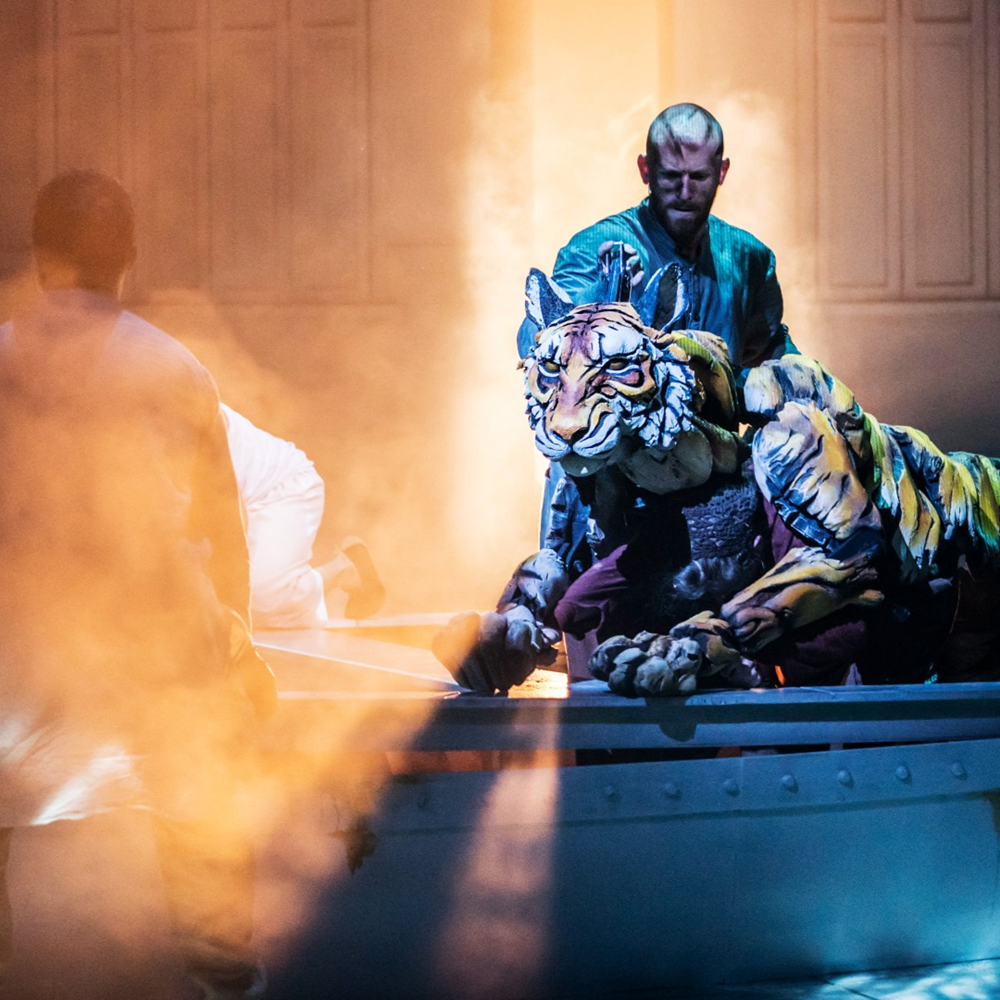 The Olivier Awards returned in-person for the first time in three years on Sunday 10 April 2022, at the stunning surrounds of the Royal Albert Hall. Among the famous faces of Eddie Redmayne, Emma Corrin, and Kit Harrington, a number of our own East 15 graduates were invited as nominees. Harold Addo and Blake Harrison, as part of Park Theatre's 'A Place for We' nominated for 'Outstanding Achievement in an Affiliate Theatre', and actor and puppeteer Daisy Franks joined her six other 'Richard Parkers' nominated collectively for 'Best Actor in a Supporting Role', portraying the mysterious and iconic tiger of 'Life of Pi' in the West End.

'Life of Pi' was a big winner on the night, taking Best New Play and Best Actor in a Play amongst others, including the award for 'Best Actor in a Supporting Role' - which made history! The seven performers, six of whom are puppeteers, operate a Bengal tiger, known as Richard Parker, in the play which runs at the West End's Wyndham Theatre. Daisy Franks, Fred Davis, Tom Stacy, Romina Hytten, Scarlet Wilderink, Tom Larkin and actor Habib Nasib Nader, have jointly won an award whose previous recipients include Sir Patrick Stewart.

Three puppeteers are needed to move the tiger model at any one time, with performers dividing the role into “head”, “heart”, and “hind” - the movement, emotion, and character given to the animal will be familiar to those who have seen War Horse, and is the first time a group of puppeteers have won a major acting award at the Oliviers, the UKs premier theatre and performance awards, and only the second time multiple actors have been given a single award (the first being the National Theatre's Frankenstein)

Daisy graduated for East 15's BA Physical Theatre course in 2019, and this production is an incredible showcase of her talents and the skills she honed during time on the course.

Puppet designers for the show, Nick Barnes and Finn Caldwell, said that just being nominated for the award will open doors for other puppeteers and similar shows in future.

“We’ve been hoping for a reaction like the Oliviers for so long”, said Finn Caldwell, puppetry and movement director.

He went on to say that the National Theatre’s production of Michael Morpurgo’s War Horse helped to change the image of puppetry, although there are still challenges.

He said: “The ‘p-word’ is difficult. I assume people are making associations with Punch and Judy.

“I think all that’s now changing, though. If you say, “I was the Tiger last night”, the reaction you may well get is ‘Oh my god!'"

Daisy Franks, pictured centre back row, with her fellow 'Richard Parker' performers at the Olivier Awards